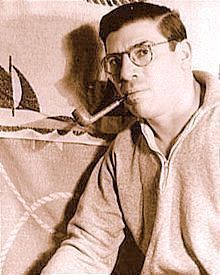 Directly from nature come some answers to the question of health that are often also comforted by studies of medicine. There are, in fact, plants that have been used in the cuisines or medical traditions of some countries even for thousands of years, and can provide benefits that have been sufficiently concluded even at the level of scientific research.

This time, Giovanni D’Agata, president of “Sportello dei Diritti, wants to talk about the benefits and uses of a plant, used as medicine, the “Cactus”. The young blades of the prickly pear, which scientifically are called cladodes and are the stem of the plant, modified to retain water in arid climates, are edible and commonly used in Mexico as food, today and since ancient times, before the arrival of the Spaniards, at the time of the Aztecs for example. They are a truly healthy food that is low in calories and a source of fiber, pectins, mucilage, hemicelluloses, which help keep blood glucose and cholesterol levels under control, as well as aid digestion.

When eaten fresh, they fill us up with vitamins and minerals. But beware: Nopales should not be consumed, (especially cooked, as a faster drop in blood sugar has been experienced compared to those who consume the juice raw) by those who use medications to control blood sugar, such as diabetics because they often cause a rapid drop in blood sugar. Also, having diuretic properties, it should not be consumed if you take diuretic drugs, or the diuresis be too violent. The gel may also prevent the’absorption of medications taken within two hours of’ingestion of Nopales…I would advise special attention to this particular one to women taking oral contraceptives, for example .

The basic properties are:

We have all experienced the terrible feeling of waking up with a hangover after a long night of partying that doesn’t allow you to remember even half of the things, right? To combat it, surely you have tried many ways, but if you never got the desired effect, you can still explore new options … Did you know that eating cactus is good for sobering up a hangover? An’investigation conducted by the Tulane Health Sciences Center in New Orleans shows that this food helps reduce hangover symptoms and can even prevent it.

But to be effective, you need to take it about five hours before consumption. Eating cactus, or consuming its extract is helpful in this regard because of its content of high amounts of vitamins C, E and A, iron and calcium. In addition, cactus helps us reduce the body&#8217s inflammation, which we experience when we have consumed alcohol.

Cactus, like other foods such as apples, contains a substance called pectin, which is one of our body’s best allies in keeping cholesterol at bay. In the case of cactus, pectin is found around the inner walls of the plant. According to a study conducted by BioSerae Laboratories, eating dehydrated nopal cactus leaves helps reduce levels of bad cholesterol and is also good for cholesterol levels that are slightly above normal.

It also reduces the amount of glucose in the blood.

Nopal cactus can also be very useful if we want to purify our body and remove all the impurities that accumulate in it. Nopal is a food with cleansing properties, hence its high purifying power. But in addition to preventing fluid retention, cacti are rich in fiber so they help us keep our bodies free of toxic substances and waste.

No doubt, this is one of the reasons why cacti have become a trendy food in many diets.

–It lowers blood sugar levels in our bodies.

As we are reading, cactus has many benefits for our body and health. Another is that the’intake lowers blood sugar levels. This means that you can help prevent diseases such as diabetes, stroke, and heart problems.

According to a research conducted by the University of Vienna, 24 people who had cactus leaves added to their diet saw their blood sugar levels lowered by up to 11 percent.

We saw earlier that cactus has become a trendy food in many diets for its purifying properties, but this is not the’only reason! L’prickly pear extract helps us to lead a healthy and balanced diet, and also to get rid of those pesky extra pounds, but especially to maintain our body weight. And, according to the BioSerae lab, eating cactus reduces the chances of gaining body weight by up to 20 percent.

Of course, it is not bad!

As we saw earlier, nopal cactus has anti-inflammatory properties. Because of these properties, many experts believe that eating cactus is convenient for protecting our brain cells.

In addition, like other plants, prickly pear contains flavonoids, a substance that acts as an antioxidant and keeps our brains safe from free radicals, which are highly damaging to brain cells.

– It is a natural laxative.

Having proper bowel function is not always easy. However, nopal cactus included in our diet helps to improve our digestion and the’absorption of food. In addition, nopal cactus has a high fiber content, so you can use it as a laxative to stop constipation naturally.

– Source of vitamins, minerals and protein.

Although people may not know, nopal cactus has many nutritional properties. For starters, it is a perfect source of plant-based protein. For this reason, it is a popular food for many vegetarians to include protein in their alternative diet.

On the other hand, cacti also have a high content of vitamins C, A, B6 and K, which help us keep our bodies strong and healthy by protecting our body cells. It also contains minerals, consisting of high amounts of calcium and magnesium.

Pools and gyms the medical certificate is not needed